I thought I’d share my thoughts on does running to lose weight? Now, the very blunt answer is no, not in the strictest sense of the word.

But it’s not as easy as that. So let’s start off why it doesn’t or why it’s -not always as easy as it might sound.

You are burning calories. And that’s true. And a steady amount of calories, depending on how far that you run.

So all the fads out there, and I’m not a personal trainer, but the bottom line is, you running to lose weight if you’re in a calorie deficit and you put weight on if you’re eating or you get more calories in then you’re moving.

Now, that is so obvious, but in today’s world where there are 101 and 20 reasons why you’ve got extra weight and 120 reasons why you can’t lose it, that seems to get lost, but that’s at the core of it.

So when I go out for a run, my watch will tell me that I’ve utilised a number of calories. Now, if that’s accurate or not, let’s just assume that it’s reasonably accurate.

So based on that, then you would say you could lose weight running. The problem is you get very hungry when you run. So, and also, there’s a mental thing with running and I have it, as well.

Is that when you run, you feel like you can reward yourself. So the likelihood, in a lot of cases, let’s say that you’ve burned 400 calories. There is a likelihood in the window, two to four hours after you’ve run, that you could eat more than that 400 calories.

One, because you’re hungry, and two, because you mentally feel that you’ve earned the right.

So that’s why in a lot of cases, people don’t lose weight running. And also, a lot of people who train people, coaches will tell you that it doesn’t raise the heart rate up enough and it’s not as effective as losing weight as if you’re doing something slightly higher intensity.

So the bottom line here, I won’t go as far to say, as I’m not a kind of PT or anything like that, I think you could run and lose weight running because you can lose weight walking.

So in that respect, it’s got to be potential, you could lose that weight.

What you’ve got to be aware of, though, is any exertion forever how long, has got to be also in tandem with an awareness of what is going in your body via food versus what you’re expending out in energy.

So really, the bottom line is consistent movement with sensible calorie intake… Sorry but it’s true … And I ain’t selling a diet so I have no wish to complicate things 🙂

BUT….. Running To Lose Weight Is Not All The Story

Now, just to finish off, if you happen to love running and that’s your preferred vehicle for losing weight and you’re mindful of eating correctly, then there’s a good chance not only will you lose weight running, you’ll be healthier and you’ll be happier.

As an example in reverse… I’ve never had any problem with my weight. And a lot of people will always turn around and go, well, that’s because you run. Now, I’m not saying running watches are a hundred per cent accurate, but I’ll give you an idea.

People say, you never put any weight on, Lee. I’ll give you a really quick outline of my working day, normally. I walk three and a half miles to work. That takes me 40, 50 minutes of gentle exertion. I can easily walk 10,000 steps. 7,000 steps at work as a hairdresser. And then I will have run home.

So the deficit between my movement and what I eat is there. So I actually have, and I know everybody that struggles with their weight hates this, but I have the opposite issue, but it’s the polar opposite, but it means the same thing.

I have a calorie deficit, so I have to make sure I eat enough.

But if you think of it in reverse, the principle is the same. So if you need to lose weight, it is as simple as being aware to move more.

Now, if running is one of those things and you enjoy it and you’re committed to it and that is in tandem with perhaps, being aware of what goes in food-wise, plus with some, perhaps, some training, I think you’re gonna lose weight running, but I think that caveat is it’s gotta be a calorie deficit and be aware of how insidious running can be from a reward point of view that you run for two miles and then you feel right, I can eat.

If you eat more calories than you’ve used running, then you aren’t gonna lose weight.

I know that sounds obvious saying it, but we live in strange times where common sense isn’t always common.

I love the Insta360 Go 2. Not because it's the best camera in the world.

Because it's, in my opinion, the most miniature best camera in the world to run with. 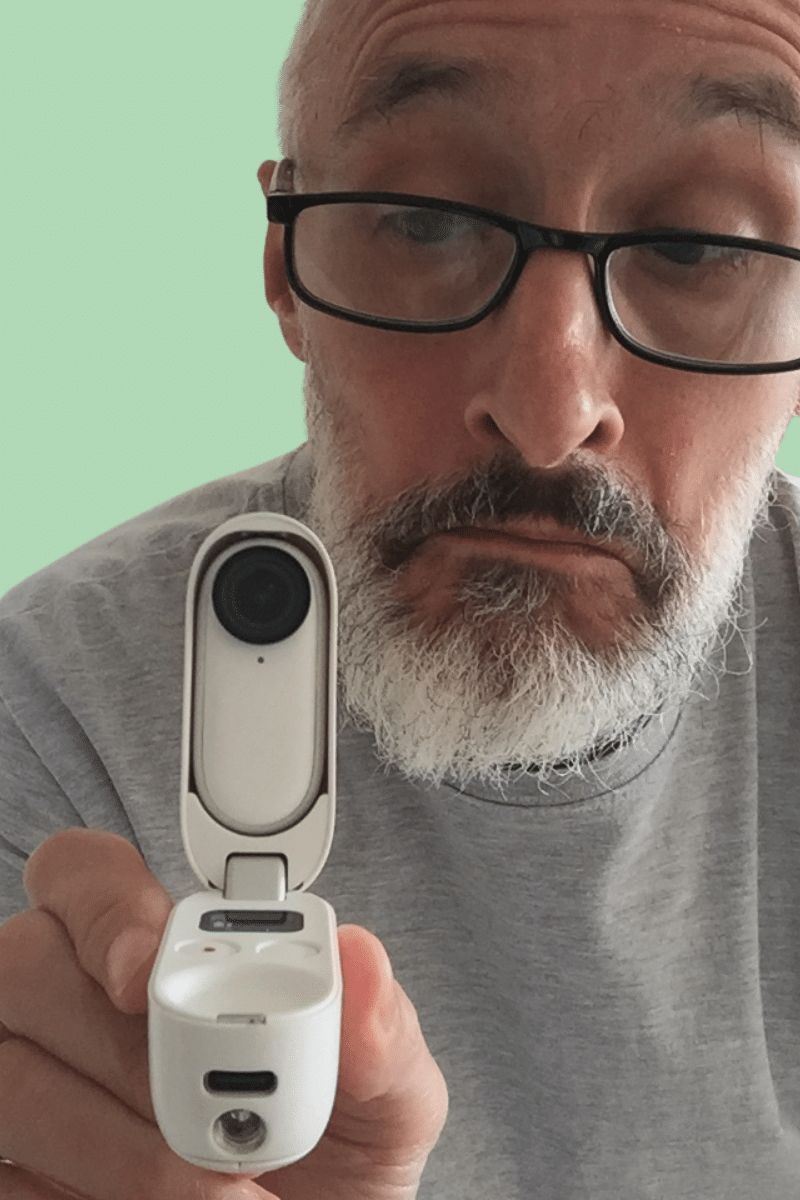 Buy Now
See My Review
We earn a commission if you click this link and make a purchase at no additional cost to you.