I’ve been a runner for many years, but I’ve always been quite cynical about runs, not in itself.

I think for older runners is essential. However, I have often thought, oh well, days are sitting at home, with your feet up.

But over the last couple of years in my running and when coaching other runners, I have started to see the benefits of runs and how it helps the process.

So in this article, I’m going to share with you

So let’s get going discovering more about active

So What Are Runs?

When Should I Run a Run?

Well, they’re low-intensity runs, performed at a run pace,(55-75% of normal running pace) that is done typically about 24 hours after a high-intensity session.

So it might be done. Say after you’ve done some hill reps, or tempo work, something that has built up lactic acid in your body.

Are Rest Days The Same As Runs?

I wouldn’t say I like to look at either as better or worse but more different.

As mentioned, runs can speed up ridding your body of unwanted post-hard run session waste products.

However, a run is a run and still impacts your body.

That’s why I like one complete day of rest from running; I feel this is beneficial from a running standpoint and excellent from a mental side of the equation.

Having one day where I don’t have to think about running is always pleasant.

Now, why would this even matter? Well, there is good evidence that increases blood circulation basically by moving. By moving, you assist in removing waste products within the body, such as lactic acid buildup. Now, this is the big aha moment for me as a runner, because of course, if you take a full rest day, yes, you rest your body, but you don’t move it in the way that you do in a run.

That enables the waste products in your body to be more efficiently dispensed with, and I felt this had been one of the significant learnings I’ve had from doing runs.

Also, according to Pfitzinger and Douglas, doing runs because of the increased blood flow to the muscles will help alleviate muscle soreness and stiffness.

Plus, it helps build that all-important aerobic capacity that this often built up running easy, so you get two for the price of one…

Improved aerobic capacity and from the previous faster running session or intervals you performed 24 hours prior.

It’s an excellent complement to your base training.

So many runners don’t understand by building that aerobic base, you are creating and encouraging those slow-twitch muscles that deliver the strength required to keep going at a good pace in long runs such as the half marathon and marathon.

Recovery Runs Get You Used To Run Fatigued

Do Runs Help With ?

Another thing I’ve read about, which I’ve never really done myself, is that it can help improve your . The main reason for this is that it enables you time as you’re running slower to study how you run and improve that form.

I’m not entirely convinced of this because you are much more aware of what you’re doing when running slower. But when you begin to run faster, you tend to change back to the most preferred way of running.

So I’m not entirely convinced that doing runs will particularly change your in any fundamental way.

Want To Improve As A Runner? 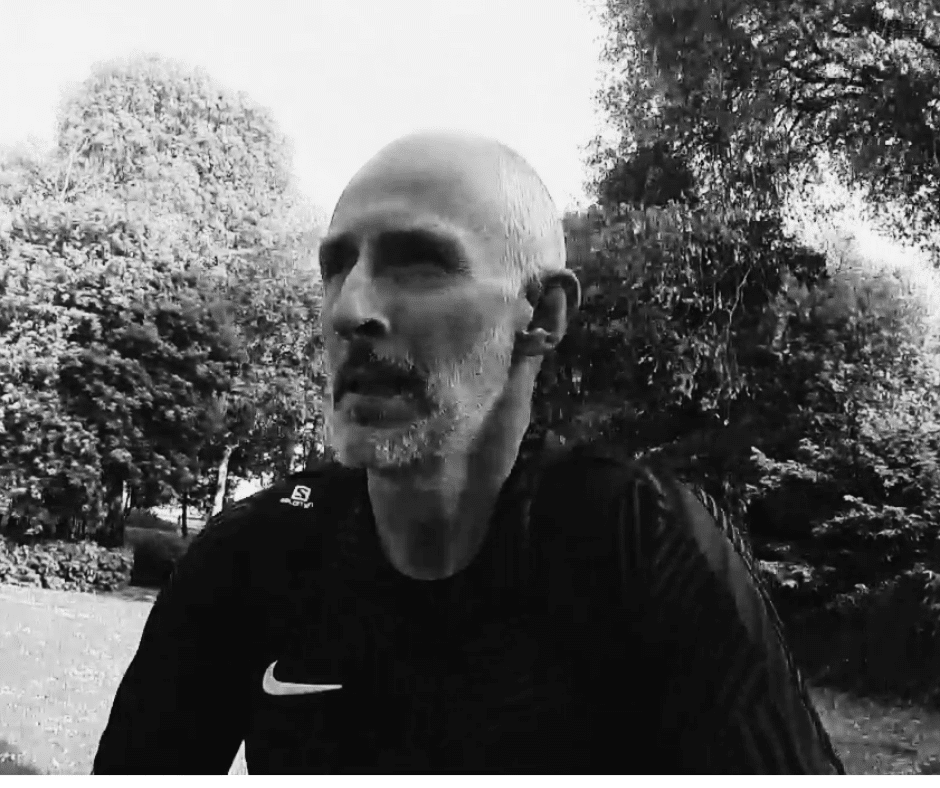 How To Run a Successful Run

The main thing with a run is to keep it at a very low effort and relaxed pace. Now, how you can measure this is in several ways.

Measuring Your   With Perceived Effort

You could measure the effort from your rate of perceived exertion. If you use this metric, I would say that you would be looking at about a three out of 10 effort.

You could use heart rate zones via a heart rate monitor on your chest or watch to ensure that you’re running at a low intensity, probably zone two.

The only thing I would say, running with a heart rate zone for low-intensity work like this, is this still the risk that you could be running too hard.

So I would prefer to combine this with running using the conversational pace test. So, could you hold a really easy conversation with another person while running a run. I’ve even said to runners I coach that, why not see if you could sing a little song while you run along, which is not only a good test of if you’re in the run zone, it also amuses passers-by.

I am not a massive fan of using pace in itself for easy runs as your body in itself does not recognise pace.

So, for example, running up a hill at one pace is a lot harder than running down the hill at the same pace.

However, the runners I coach have their running zones that I suggest using in tandem with perceived effort.

These pace zones usually are arrived at with the runners doing a benchmark run.

However, you could do something similar using an app such as VDOT

What Duration Should My Run Be?

You’ve also got to look at the duration of your run. Quite often, it’s quoted that you should run between 20 or 40 minutes, but how do you decide the correct length of time?

For you to run as a runner? I think you’ve got to look at your fitness level at that point. Because, of course, if you’ve never run 40 minutes before, then running a run or 40 minutes, you’re going to be exhausted at the end of that 40 minutes. Which completely defeats the idea of a run in the first place.

So I always think a run can be between 20 and 40 minutes, depending on the runner’s fitness and running goals. If you’re aiming to run a 5k, Then if you were doing a run after a hard session, it may only be 20 minutes.

For me, as someone that trains for marathons, running 40/45 minutes in at a pace is more than acceptable, and I feel refreshed at the end of the run. 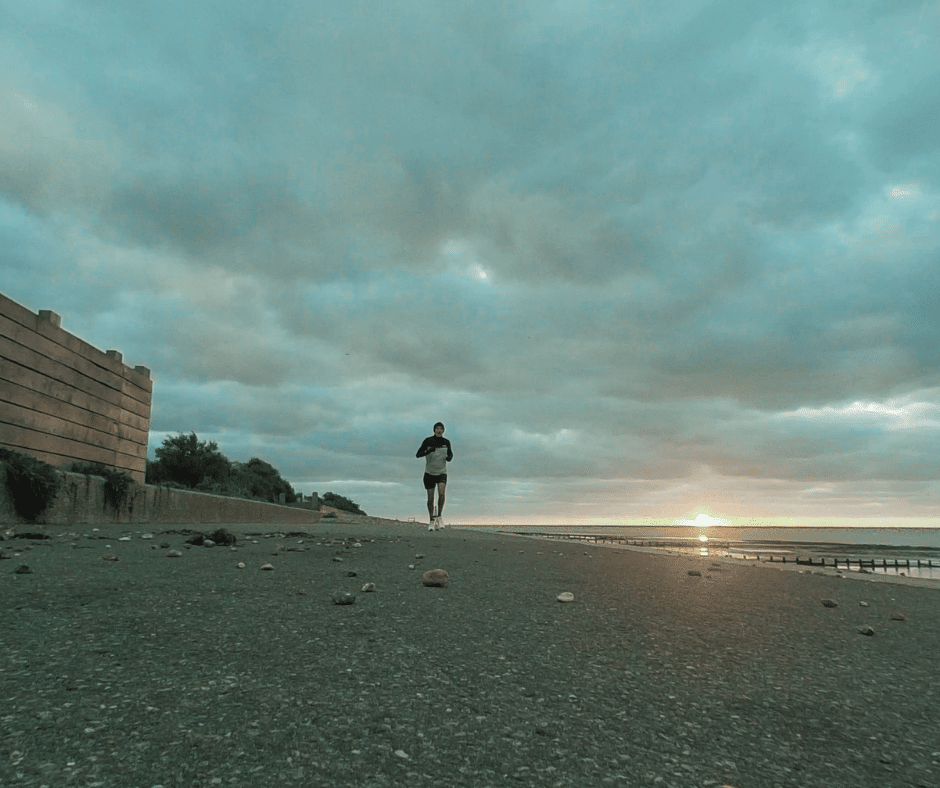 The Inner Game Of Running

Learn How To Train Your Brain To Run Further And Faster, from my E-Book

What Terrain Should A Run Be Performed?

Also, consider when you are doing your run. . You don’t want the surface you are running on to be challenging.

There’s no point making a run up a hill or even down the hill. You want that run to be very, very easy. So try and make the surface you run on is a softer surface and, Very easy to run on as well. Which for me typically would be flat surfaces

The bottom line is doing a  run pace like this with active that avoids unnecessary junk miles. Keeping well below your maximum heart rate will help with muscle fatigue.

It is often cited how fast elite runners run, which is less often commented on how often they run much slower minutes per mile pace than their race pace either to build up aerobic strength or aid the process.

My view of runs has changed a lot over the last couple of years. I now see they can contribute to me and others becoming runners.